IT Services – Before and After Covid – Scalene Blog
Information technology

Thanks to technology which is the reason for the world to be still moving amidst the lock-down. Considering this , we couldn’t wait any longer to directly get some answers to some of our u questions that were deeply engraved in our heads from a long time. Our Co founder took this opportunity to speak to Anjan Lahari- an accomplished Global leader in IT and over last 3 decades he is been crafting some of the most critical and core transformation strategies  for some  of the biggest IT brands.

Anjan rightly said that we are in the IT services industry and if anybody does not know the impact of technology now they know. 2001 and 2002 when the internet was just coming up many people realized the power of credit card on the website and realized the power of transactional web systems. There are a lot of people who have conducted video /operated for the first time. Tough times but it will continue to do better and even deeper. Work from home etc and how that will transform, how work gets done is going to be something we have to watch. But any of them would not be for a long term trend bad for the industry.

Secondly he was asked how should organizations strategies and bounce back from here. What are your anticipations?

Anjan gave a recapitulation of 2009 where during that time companies ran out of money and there was financial crisis ,no credit, the entire capitalistic system was at risk and the whole theory of savings been put in banks so that people could invest in business ,make profits and hence payback to the banks where the whole financial system was faulty. In 2008 economy came down and how many quarters did it take to come back? It took 14 quarters to come to normalcy. He even quoted another data point where he mentioned about the great depression in 1929- stock prices were hampered and everything took a hit and it surprisingly took 25 years to come back to where it was.

He says we are now in a difficult situation and this is a crisis, but it is a pause, not a dissipation of demand and as soon as it comes back, it will come back fairly quickly because there is nothing wrong in the global economy but some industry will change forever like the travel and tourism industry, hospitality, commercial real estate and healthcare. In any of this it only means it would change and not disappear and the money would come in some way or the other but it will definitely come back.

In reference to the Morgan Stanley report in 2008 they said it took fourteen quarters for it to come back and so currently about eight quarters to get back for this situation which would be around Nov, Dec of 2021.Many things would comeback much faster and much quicker although we will have to change the things we do and how we do some for a year and some forever.

Ashish went on to decode the big question of what were the strategies that Leaders, CXO’s, Entrepreneurs had planned during the down turn in 2009-09

Anjan very beautifully says that it is during these tough times that we got to do well and anybody could do well during favorable times. He says when times are good everybody can do well.This is the time one must reach out to people, reach out to customers and jus be there for them. This even reflected one of his philosophies -the more you give the more you get. This could be an ideal time where you overserve your customers at times like these where they are vulnerable and you over support your suppliers who are in distress and be there for people. He quickly even adds that clearly they aren’t running any charity but  it is a lot of sentiment and a lot of what you want other people to see you and the organization- this is the opportunity.

Ashish never missed a chance to ask the most critical question about displaying leadership within the organization. Anjan was asked how to manage teams during these times:

Anjan clearly tells that communication is the key. He gives example of organizations taking steps to opt for a salary cut because of all the constraints and how sometimes it is only a communication on mail. They key here is to talk it out with people and explain what really happens during a calamity and what are the necessary steps that needs to be taken. He also shares another incident of a natural calamity that happened in West Bengal and Orissa. He asks if there is anyone who could help? No, unfortunately. But one can certainly express anxiety and share and talk it out.

It is important to be there and explain and no one will disagree that the times are tough and it is a collective boat and some are falling apart and that’s the role of a leader, to be there in the front and to be transparent. Many people forget to do that and that’s the skill that your Leadership skill would stand out.

Going further Ashish says that some of us had never felt the need to check on the physiological needs but these are the times one would eventually have to .

Further on he was asked his take on the startups and what opportunities do they have now and going forward:

Anjan explains that many organizations have emerged during tough times however timing becomes an important factor and gives an example like that of a plastic company. It clearly isn’t the right time now. Today startups have to be careful because it is struggling times for the next few weeks and for them, margin of error is less and cash would be a challenge, finding customers is difficult. However on the brighter side this is also the time where one is more willing to embrace the change and there has been many successful ventures during the recession that has done remarkbly well.

While both of them earlier did speak on when the business could probably start again on the other hand they also spoke on what could be the repercussions if  it takes longer and what collaborations could one expect and bring people together so that everyone co exists was one of the curious question from Ashish:

He quoted  new unemployment data had 33 million unemployed exceeding the great depression all happening in a matter of few weeks. An entire world has stopped overnight if this doesn’t resolve in 6-8 quarters that is a much more serious thing. He firmly believes the modern science and medical expertise have evolved so well in the last 150 years and says we should have faith in it. There are many positives that one could take out of this lockdown, there has been so much time invested in getting in touch with family, business relationship, talking to diverse people and he says we should preserve all of this

Finally, Anjan was asked what could be the trends down the line after the covid:

He says the speed at which how companies reacted to the situation itself was a quite a lot. Example of how instacart quickly took over. There would be so many changes like the teams go virtual and hence the need for them to connect all the more becomes important, people moving to cities because of proximity to organizations will change, employees working from home and  hence the need for commercial real estate would change. He says it is all interlinked and we could all see how things play out.

Overall we had some real thought provoking perspectives that he left us with and definitely showed us the window for a world full of opportunities. 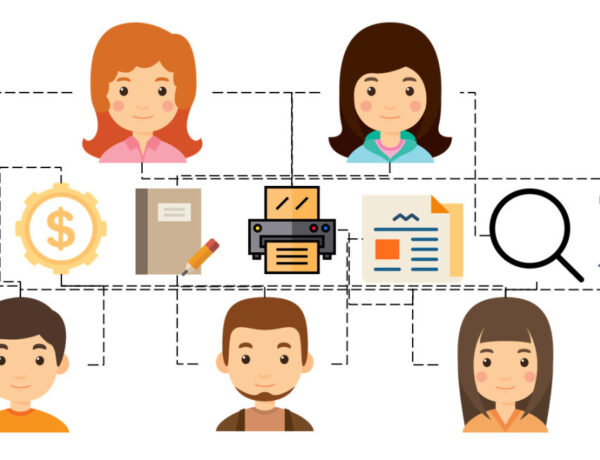